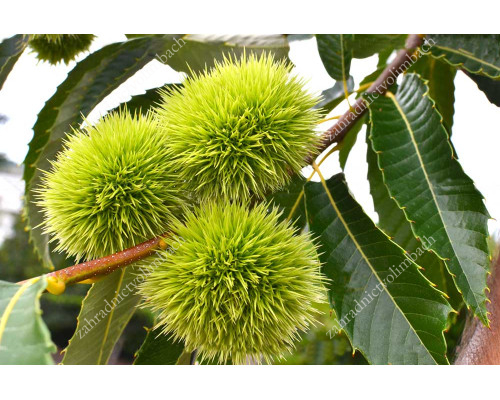 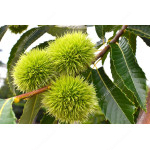 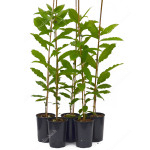 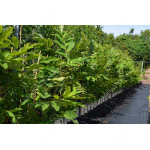 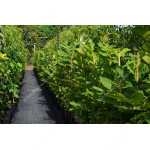 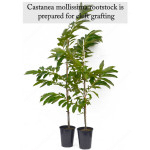 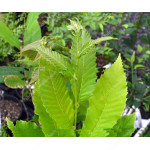 It is widely used as a rootstock for grafting the cultural chestnut varieties. Chinese chestnut (Castanea mollissima) is the primary genetic source of resistance to the parasitic fungus Cryphonectria parasitica (before Endothia parasitica), which causes chestnut blight. If the tree is attacked, a defensive mechanism is triggered and therefore the fungus does not cause death.

Origin: offered seedlings were grown from directly imported seeds originated in Chinese Shanxi province, Taigu county. The best for produce resistant chestnut saplings.
Disease resistance: of all the chestnut species, it has the strongest resistance to chestnut blight
Leaves: top and the bottom leaves side of original wild C. mollissima is covered with small trichomes (from which is derived second scientific name "mollissima"). That is mean leaves surface is matt, not shiny as some C. mollisima varieties, because our seedlings has genuine C. mollissima genome without influence of C. crenata genome.
Fruit: usually two or three nut fruits are formed per fruit cup. They are two to three centimeters in diameter and wider than they are tall. They are round or elliptical and have a long tip that is hairy white. The parting scar of the nut is smaller than the width of the fruit. The embryo is very sweet and richer in protein than the sweet chestnut.
Flowering period: April to June
Ripening period: August to October