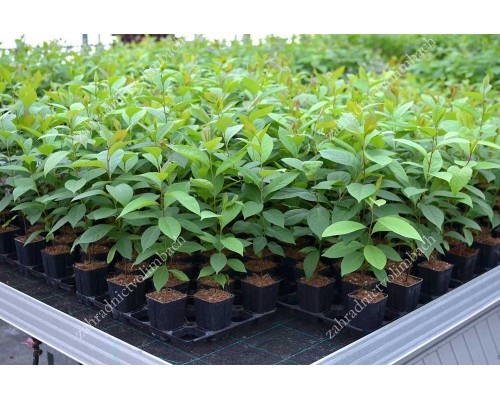 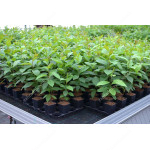 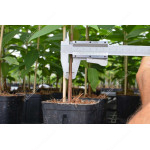 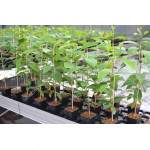 It is used as a rootstock for grafting the cultural Persimmon variety. Compared to Diospyros lotus, it is more frost-resistant, more drought tolerant and has better compatibility with grafted varieties.

Origin: North America
Frost hardiness: -29° C
Description: dioecious deciduous tree, which grows in nature up to a height of 15 to 25 m. The bark of the trunk is reddish brown, later almost black in color, the crown is upright, conical, with the age half upright. The leaves are 15 cm long, leathery, oval with a pointed end. Flowers from late spring to early summer. The flowers are pale yellow, fragrant, either male or female. Some trees have both male and female flowers, while others bear fruit without pollination (Parthenocarpy). They are recognizable by the fact that the fruits contain no seeds. Of the female flowers form at the beginning of autumn spherical or flattened fruits with a size of 3,5 to 5 cm. The immature fruits are light green, in the maturity usually orange to reddish orange. The flesh is yellow or orange and contains 0 to 8 brown flat seeds with a length of 1,5 cm. Fruits have an astringent taste at maturity but are delicious, sweet and fragrant when fully ripe.
Usage: the wood is hard, tough, durable and fine-grained. Its dark brown, almost black core is used to make furniture, musical instruments and various wooden instruments, such as golf clubs. The bark broth was used as a remedy for dysentery and fever or as a gargle against sore throats. Fruits are used in raw form such as dried fruits and sweets. The Indians produced beer and vodka from fruits until the 16th century. Roasted and ground seeds were used by local residents and Confederate Army soldiers during the American Civil War as a substitute for coffee.